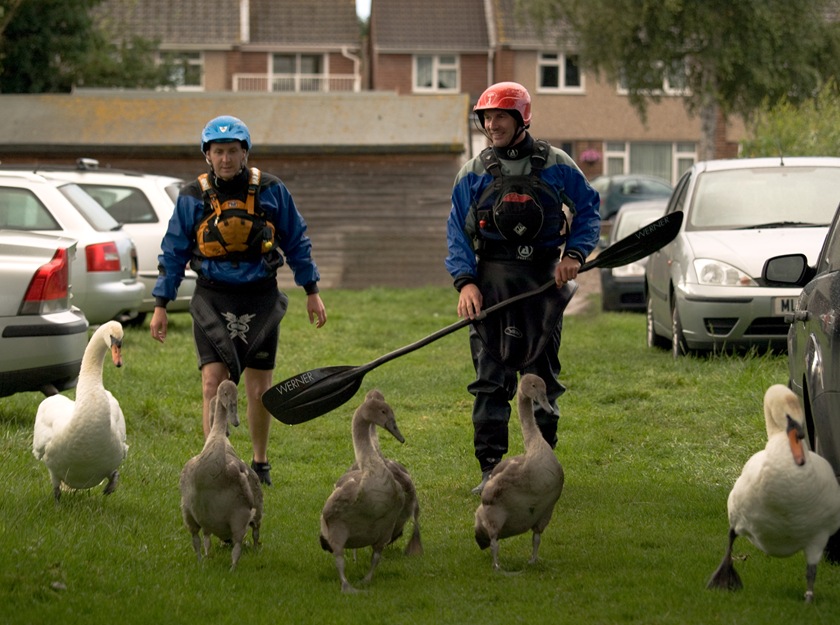 It’s been a while since I was last on the water. The summer months seem to get quite  busy with family and friends thinking that the weathers best suited to social engagements.

Anyway as I said I haven’t been on the water since the beginning of July when I  fell out of my boat in the eddy at Hurley, its a long story and quite humiliating so I won’t go into it here.

This week it rained quite a lot, enough in fact to bring Hurley up to three on Wednesday. So what did I do? went to Abingdon of course. Seeing as I’ve been out of practice I thought I’d go down to help out with a Kingfisher Canoe Club night. The big A was quite high but at least I got some exercise. Picture including the invasion of the club by swans can be seen here:

Today I finally got myself down to Hurley which had now dropped to two gates. Its may of been a while but all went fine.

It also gave me the opportunity to test out my new camera lens which happily seems to work rather well. the fruits of my labour can be seen here:

After Wednesdays encounter with the wildlife it seemed quite amusing to find the ducks at Hurley seemed to want to join in with the fun us kayakers were having.

We actually he didn’t have much choice as he got chucked over the top of the weir by his mate who he was having a fight with!

One thought on “Even the birds are at it!”