It rained towards the end of last week, but annoyingly stopped before the weekend. Still, I thought, all that rain on Friday should leave some rivers full enough to paddle on Saturday.

But where to go? Devon was the obvious answer, the Upper Dart would still be lapping around the bottom of the ledge. But that’s the easy answer and I had promised myself that 2010 would be the year that I properly explored the Welsh rivers.

So Wales then. For a day mission South Wales was the obvious choice to get to easily from Oxford, so I sat down to do some research.

Then I hit a problem.

And I remembered why I always end up going to Devon.

Maybe I’m not looking hard enough, but I find it next to impossible to get hold of any kind of useful information on river levels for Wales. I don’t know enough about the rivers to gauge what they’re doing based on weather forecasts alone. The South Wales forum on UK Rivers Guide Book is often suspiciously quiet and though the river guides are useful, information on levels always seems a little vague.

I suspect this is because I’ve been spoilt. Information on what the rivers in Devon are doing is easy to get hold of in near real time, rain gauges, internet forums, twitter and webcams make it easy to tell whether its worth the drive down, especially when you are familiar with the rivers and the region. Scotland’s even easier with online gauges calibrated especially for paddlers.  In Wales however the gauges and webcams are calibrated for fisherman. Mostly though it’s a lack of familiarity with the regions rivers on my part that is the root cause of the problem.

I hear that Chris Sladden’s book ‘The Welsh Rivers: The Complete Guide to Canoeing and Kayaking the Rivers of Wales‘ is being written. About time. I going to commit a minor heresy now; I think this book is the most frustrating guidebooks I’ve ever bought.

The entire book is just a big tease; vague descriptions of fantastic sounding rivers are fine, you don’t need rapid by rapid descriptions, but what I have yet to find in it is any sense of when a rivers likely to run or where to find out if it’s running. Worse yet I’ve yet to actually locate the ingress and egress points using the instructions in this book.

Now I know I’m in a minority and this probably says a lot about me and my need to be spoon fed information, but books like ‘English White Water‘ are so much easier to use. And that’s a shame as I’m sure that a there’s a tonne of great rivers in the book that I’m never going to get to paddle at the moment.

Hopefully the new edition will cater to those like me who want to be guided to the rivers and shown how to find out if they’re likely to actually be running rather than just read about a white water nirvana hidden from me somewhere in the valleys.

As it was the familiar won the day and we went to Devon to enjoy a gentle couple of runs down the Upper Dart.

Wales will have to wait. 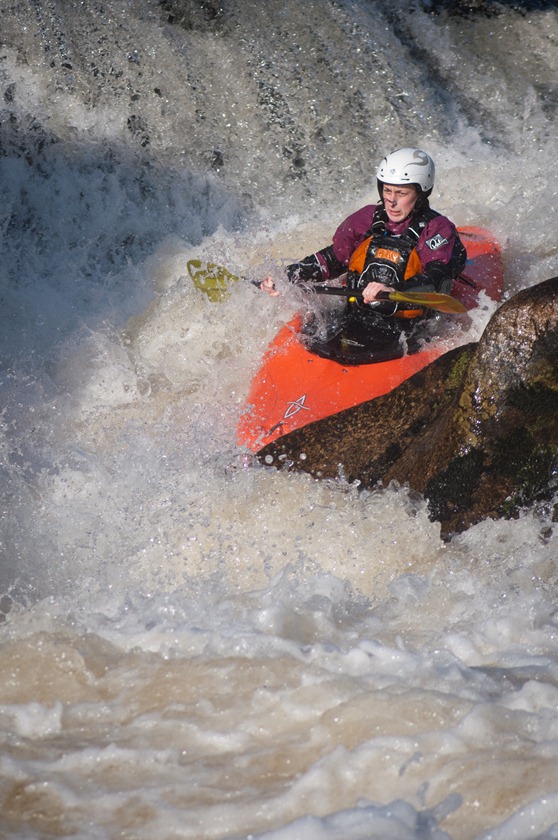